The first thing to keep in mind with a rocket launch is that you don’t get to do a lot of “aiming” between pressing IGNITION and ABORT. Aiming, AKA mission planning, is what you spent the previous several months/years doing. These seconds/minutes are the shitfuckdammit stage.

[The sixteenth in an ongoing series of my compiled explainers for my CHOOSE YOUR OWN RADIATION ADVENTURE quizzes. There’s never really a right answer but some might work out better under the constraints of the scenario. It’s like poetry, really.] Part of the mission planning for the safety aspects is thinking the unthinkable and forecasting the debris fallout areas for where things are likely to impact if depending on when you press the big red button. And a lot like hurricane forecasting, you get cones of uncertainty. You get maps of that reduce “At time T, at this altitude and velocity, with X fuel remaining, the centroid of the debris field will be here with this much variation” to something that looks like a storm tracker, with colors mapping out probabilities. We can kinda sorta plan out where things are going to fall./ Of course, we don’t press that button if things are going to according to plan but we do have some idea if we press it quickly. But if you dawdle? Tricky.

The good news for all these scenarios is that I used a bit of hyperbole describing a RTG loaded rocket as a dirty bomb/space probe. This is because the RTGs for our probes are some of the most ridiculously, and necessarily, overengineered sealed sources ever made. They’re designed to survive fully fueled rocket detonation on pad and then burning in the pyre of their would-be-launch vehicle. They’re designed to take re-entry with the entire rest of the probe/spy satellite burning away so we can go reclaim & recycle them as needed.  Now, we aren’t thrilled with the idea of subjecting our radioactive sources to these levels of punishment but they approach Tick-like levels of nigh invulnerability.

Still, we want to get out to find them quick, just in case things went badly. If you wait as long as possible to abort, which theoretically means you’ve gotten as much altitude as possible, you are choosing in the event of losing integrity on the RTG that you would like to disperse it as widely as possible for dilution. That is certainly an option. Even with a large Pu-238 RTG where you get profoundly unlucky and finely distribute all that into the winds of the upper atmosphere, dilution will negate the radiotoxicity hazards. Oh, people WILL notice on their monitoring, but you won’t kill anyone. That’s likely to qualify as a severe public affairs incident with a side order of diplomacy required. And you will be a new footnote in a whole bunch of papers where researchers have a deep sigh and say “Please ignore this particular data point. That was due to The Incident.”

Back to the cones of uncertainty. The longer you wait, especially when things are already moving outside of your mission plan, the more uncertain things get and the faster it’s going. With the high likelihood your RTG survives, the field to find it in is HUGE. “But Phil, it’s a radioactive source” you say. “We have detectors to easily find them. You keep telling me that’s the great thing about health physics; that we have detectors to help find the invisible things.” …yes, I have said that. I’ve also mentioned Earth is big, right? Needle in a haystack doesn’t begin to describe it. Finding the one full can of beer among all the empties on the side of the road in Australia is more like it. And for well-built RTGs, it’s actually hard to detect them because we utilize all that decay. Of course, you may not have the option to wait until max altitude. Things may be going so badly that you want to abort on the pad before the rocket does it for you somewhere close to the pad that you’d really rather not hit with an almost full load of propellent. The RTG on board is very much a secondary thought in this situation where you’re about to lose a launch pad for a while because you’re going your damnedest to not lose the entire facility’s launch capacity.

READ: it would be bad to wherps a Delta into the VAB.

Among all the other clean up, you get to wander around the pad and look for the missing RTG. Theoretically, your cone of uncertainty should be zero right? You ever go look for the cork from the champagne bottle after the enthusiastic drunk pops it messily? Yeah, it’s like that. The good news here is that it can’t be *too* far from the launch pad, but that radius might still be miles. At Cape Canaveral or Wallops, you’ll likely be swimming. Mind the gators. You have fucked around and are about to find out.

Of course, you could intentionally drop it in ocean. If you look at America’s launches, our rockets spend very little time over land in those first moments when things tend to go wrong. This is mostly to keep the splody over the water and not the suburbs. This is part of the mission planning with the assumption that the problem that requires abort will happen soon after launch, which means you’re going to drop the RTG in the water. If you thought it as hard to find things on land, hooboy. (SEE ALSO: every lost flight recorder)

And yet, yes, we totally have reclaimed things from the depths. The GLOMAR Explorer did exist for a reason. 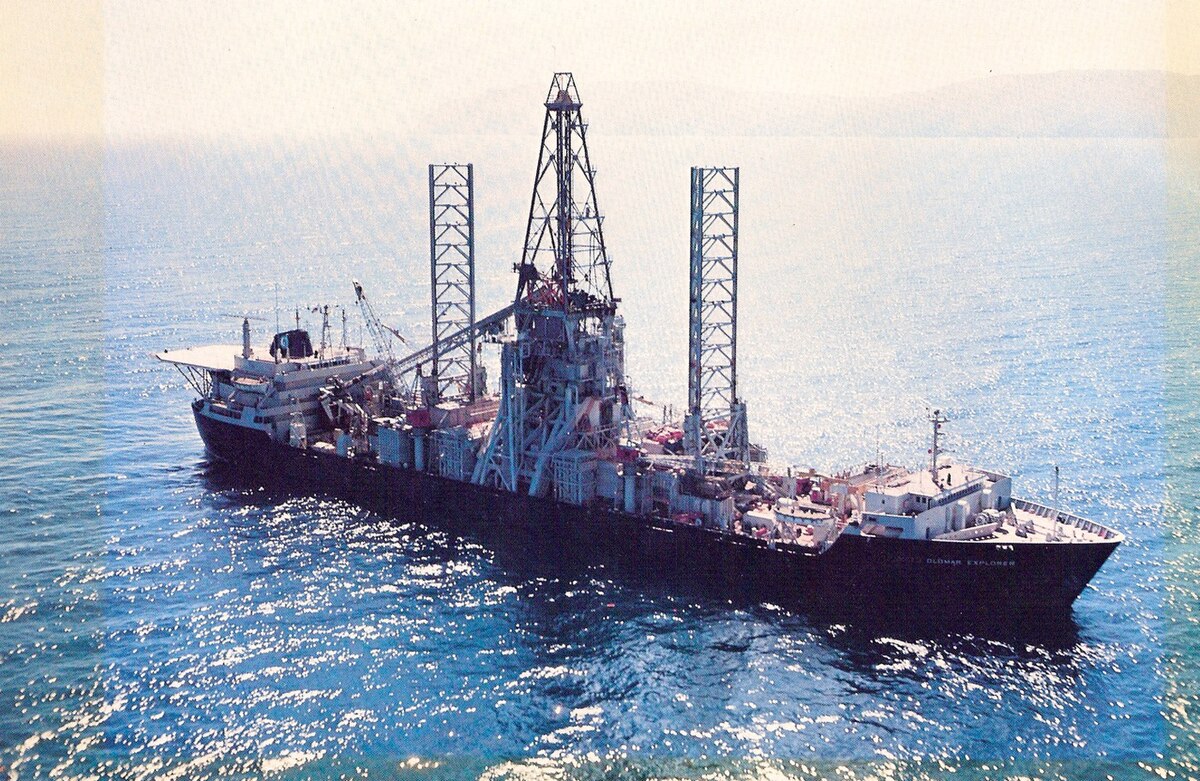 But if you can’t or don’t want to, well, the oceans are deep, dark, and huge. Marine life will also kindly encase your lost RTG in marine cement to contain possible leaks. Oh sure, you might end up with some surprises when you do dragnet fishing BUT MAYBE YOU SHOULDN’T DO THAT IN THE FIRST PLACE. This is great for America all our launch facilities are more or less coastal. That’s less good for Baikonur or Jiuquan which have an awful lot of Asia (Motto: do not get involved in a land war here) between them and any large body of water to emergency yeet an RTG into. Which means there’s a pretty good chance you are throwing your RTG at somewhere inhabited, even if sparsely. But someone considers it home. It makes those people very upset when you once again treat them and their homes as disposable.

The concept of the National Sacrifice Area was first created to describe the giant open weeping environmental nightmare wounds of huge open pit coal mines in the American West, that cannot be restored, which eventually lead to the creation of CERCLA, AKA Superfund. This term was denounced with a firm “We’re not calling it that” by elected officials; no one wanted to represent the part of America that America had abandoned. Behavior, on the other hand, suggests that the only objection was the term and other countries did much the same.  But do we aim our launches explicitly over these areas on the grounds of “Eh, what’s this compared to what we’ve already done?” No. Also, those are pretty small targets compared to the ocean.

I am happy to say we have no inspiring events of large RTGs lost during launch, but the long thread you’ve just made your way through is part of the thought process long before rocket ever sees the launchpad. RTGs lost on re-entry, however? That’s a different story.

Apollo 13’s RTG for the lunar module is sitting somewhere at the bottom of the Pacific, very intentionally near the Tonga Trench. There was some aiming in making that happen. Admittedly “hit the Pacific Ocean, in a deep part” doesn’t seem like the most precision of aiming but, considering everything else that went wrong, it’s still an achievement. Good enough that they made a movie about it, even if this little detail got left out.