It’s that time of year again where people think about giving gifts and wonder what the hell they can buy that isn’t just another gift card. I am here to help. While it wouldn’t hurt my feelings if you picked up a bottle of Black Blood of the Earth on the store side of the house, that’s not why we’re here today. Following in the traditions of my friend The Benchilada, I have taken the time to pull together my BIG SHILL 2018, where I have some products you might not have thought of. BRACE YOURSELF FOR SO MANY LINKS!

That’s all folks, though I made add to this list as time goes on! Go forth and consume!

First off, as my final shill before the big event and then I’ll hush about it, tomorrow I will be using the last part of my Birthdaytide Fortnight to participate in the Children’s Miracle Network Hospitals EXTRA LIFE 24 hour gaming marathon. Starting at 8am tomorrow and ending at 8am on Armistice Day, I will be staying up with Team Sensible Shoes to play the tabletop game Shadows of Brimstone for 24hrs. I welcome you to join us tomorrow by watching on the twitch livestream that we’ve set up so you can enjoy our slow degeneration into madness. Yes, I know everyone else did their marathon last Saturday but we needed to wait for a team member to return from a Fish Conference in Japan first (I am not making this shit up). So please, donate and come watch! There will be increasingly incoherent tweeting in all likelihood too.

As the BBotE pre-order slots for the window ending November 24th are now up that means we’re sneaking up on Thanksgiving and it’s time to roll out the PROTIPS for holiday shopping. To the people that are very proactive and organized in their holiday shopping, such as the gentlemen that I let place a reserve order in August, I’ll just answer question now: yes, you can place an order now in an earlier production window for a holiday shipment. Just leave a note saying “Delay shipment until $DATE” with your order so I know you want it later rather than as soon as possible. 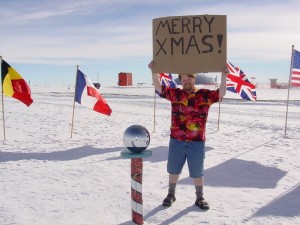 The last pre-Xmas BBotE production window will close on December 16th. All things being equal, domestic or international, everything shipped by the 16th should end up at their destination by Christmas Eve. I can’t control weather, volcanic eruptions, asteroid strikes, or unilateral surprise withdrawal from international postal unions that may or may not happen in the next month since no one has given me control of the Illuminati to implement my Most Perfect Imperium, but a week is usually quite sufficient to get everything to its destination. I will put another pre-order window up after the 16th, and things shipped on Saturday December 22nd have a chance to get there by the 24th, but I make absolutely no guarantees about shipments in that window arriving in time. Express mail gets more and more necessary in the last days. I’ll do my best, but that’s all I can do.

OPENING DISCLAIMER: I live somewhere that no trick or treaters ever go. My last trick or treating was done over 25 years ago and what kids have been doing for the last 20 of those years looks alien to me. Like Martians who have heard of Halloween but have no direct knowledge of it.

Test Subject Whale Biologist is ready to give up on Halloween

I was sitting here, minding my own business on Halloween and being Extremely Online as always, and this message of despair comes to me from Test Subject Not A Whale Biologist. I have been at his house for Halloween before for trick or treating and can vouch that this is absolutely true. I would like to think that my face of disappointment that I gave to every parent of a child who decided to wear their little league uniform for Halloween was plainly evident. Except this wasn’t even a uniform, just things from the Giants Dugout gift shop.

This has been irritating me since I was a kid. I remember the other kids that wore their little league or pop warner uniforms for Halloween and it struck me as lazy, possibly cheating. Because I’ve done it before, I know people regard the PPE I wear for work as a particularly scary costume. To me, it’s just “that stuff I wear” and that makes it feel uncreative as a costume. I understand being too wiped out to exert any effort on a costume, but there is some quid pro quo for the Halloween trick or treat relationship: you entertain me with your costume, I give you candy. Accordingly, I have proposed the concept of the Penalty Bucket. This will require you to maintain two different bowls of “candy” to give out to trick or treaters. The Normal Bowl is full of candy you are proud to hand out to costumes that bring you joy and will be happy to eat if you don’t get cleaned out during the night. The Penalty Bucket, however, is filled with Brachs hard candies (AKA that stuff in Grandma’s candy dish), fruit flavored Tootsie Rolls, five pennies wrapped together with tape, Bazooka gum, and with my mom’s suggestion & disgust as they have been a part of her life as long as she can remember*, Smarties. If you want a good example of what the contents of the Penalty Bowl might look like, here’s the leftover candy that remained my work breakroom after the vultures descended.

The drawback is that the leftovers in the Penalty Bucket aren’t necessarily things you want to eat either. On a positive note, these candies are cheap and you won’t be heartbroken about throwing them away. On the other hand, as pointed out by another keen observer, these candies don’t really go bad and you can supplement the supply for next year with any candy your own kids bring home but don’t want.

As long as you’re committed to the possibility that your house is going to get egged anyway, you may feel free to pass judgment through the medium of candy. Of course, daylight trick or treating means those shenanigans are unlikely. Sigh, such are the changing times.

*: mom is marginally older than Smarties and also from New Jersey. Pity her.